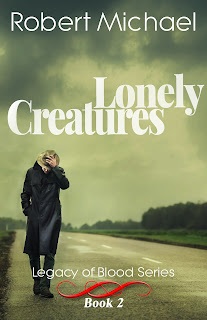 2015 has been a very bad year for my writing. It has kicked me in the square pocket side of my pants. It has eaten my proverbial lunch (and then my snack to make things worse). I started the year with a pure goal: write four full-length novels.

Somewhere I lost sight of that goal. In fact, it fell completely off the earth. So, I went into self-flagellation mode and got nothing done. Then, October rolled in and my mind kept turning to the craptastic nothingness that I managed to achieve. Part of this difficulty I understood. I was extremely distracted. I tried to do too many things at once which just meant that in the end I might as well have done nothing at all. Mission accomplished.

I had too many novels floating to the top of my head every day. Too much indecision about which novel to write, whether to add another Kindle World novella, or to write under a pen name, to write a devotional book, or a romance, or to abandon all of it. Part of this was fueled by lack of sales, a profusion of bad reviews, and a sense that I was perhaps a failure. I struggled with not wanting to do all the publishing. I wanted to maybe just write and put it out there for wolves to tear me apart slowly (traditional publishing for those of you perhaps unfamiliar with the monster).

Finally, I made a decision. I am a finisher. I hate quitting. I quit football my senior year in high school and regretted it because I quit for a stupid reason: the new position coach didn't know my name (it was on a sticker on the front of my helmet, yet he couldn't remember it--or read, evidently). All those summer workouts, all those runs up heartbreak hill, all those thousands of pounds of iron pushed for nothing. Instead of fighting for my position on the depth chart I allowed a green position coach to determine the outcome of my senior year. That stuck with me. I've fought for a lot of things in my life since then. My family. My marriage. My career. I wasn't going to let one stubborn manuscript get me down.

That was at the core. The manuscript I didn't want to write. The one I never expected to write. The one that haunted me (and still does because it's not finished). Lonely Creatures. I decided to kick its butt. The jury is still deliberating that part, but once I decided that I was going to compete in NaNoWriMo this year, it was the point of no return.

I started at midnight of November 1 and started the story where I had left off in May.

There is a back story here. Maybe I should back up and tell it first.

In 2009 I finished my first NaNoWriMo from a book that began as a book cover blurb in my mind. It was more or less a fifty word summary of a book I hadn't written, one that was frankly inspired by the cover of THE SHACK. One that was predicated on a single image in my mind: if I came upon a shack like that in the middle of the woods (and I have before), what would be the creepiest thing I could find there?

That spawned DARK MOUNTAIN, my first complete novel. I finished the rough draft almost a year later and was working on my second novel, CRY ME A RIVER. I was peddling my first novel to editors and agents while I worked and re-worked the first three chapters, hoping that I could get an agent's attention. It was a horror novel of sorts, but I really wanted it to be a suspense novel. It wasn't until I started to get feedback from others that I realized I was categorizing it wrong. Not only that, I needed to do some heavy-duty editing.

Also, if you know me, and I mean on a deep spiritual level (or you are just generally observant, I guess), you would know that I lack patience. I could not stand waiting on one agent to say "No thanks," for four to six weeks just so that I could send it to another overwrought, overworked agent that would do the same thing. I realized that even if I had managed to attract an agent to represent me, I would have a minimum of three years ahead of me to get that one book into print!

I did some studying about independent publishing. So, I got about my business and two years later, in April 2012, I published it myself on Amazon, and in paperback through CreateSpace.

It was a wild ride. I sold enough copies to pay for my initial investments. It got lots of great reviews. Family and friends loved it. Complete strangers even liked it! And then I started to get three main points of feedback: 1) it felt like a movie, 2) people gravitated to the character of Luke, but were disappointed that he never went anywhere, and 3) I needed to write a sequel.

Now, fast-forward to 2015. I have already designed a cover for the sequel, come up with a clever and thematically relevant series title, re-branded the first book and changed its cover almost a dozen times, and also created an outline of the final two books in the trilogy.

I began writing the rough draft in May in just fits and starts, anguishing over the chapter outlines as I did, fussing with re-writing the first scene, the third chapter, and then it fell silent in my head. I didn't lose the muse. I shoved her out of a moving vehicle doing ninety on a narrow stretch of desert road in the middle of the night.

In October, I had a "come to Robert" meeting with myself. I'm good at that whole self-flagellation thing. I decided to not give up on the manuscript. I decided that I would have a reunion of sorts. I finished the first draft of Dark Mountain in 2009, and I would finish the rough draft of its sequel in 2015!

And, that's what I did. I even finished a day early--mostly out of spite.

I have a lot further to go. I need to add another 15,000 to 25,000 words. And, I realize that I have a bunch of editing to do. Not just the garden variety of catching grammatical mistakes and starting sentences with "and" or "but," either. Some heavy lifting that will require entire scene re-writes, the expulsion of major plot elements, and some really difficult alone time with some of my favorite characters just to get it all right. Because I'm not settling. I'm not putting out inferior stuff just for the sake of hitting some imaginary and arbitrary publishing deadline.

I'm proud and excited to have completed the challenge. I want to thank all the good and wonderful folks over at the NaNoWriMo headquarters who push writers to do the unthinkable. Even though I'm an old hand at this now and 50,000 words in 30 days doesn't seem daunting to me anymore, I appreciate the kick in the rear. I respect the offer of a good challenge.

I encourage you if you think you might have a novel somewhere in that pumpkin of yours, don't wait for next November. Sit down and just do it. Don't edit while you write. Do it later. Just get the words out on paper. Write an outline if you want. Write from the seat of your pants if it feels right. Just do it. Plant your hinder parts in a chair, place your digits at the keyboard and cut a vein and watch yourself bleed words all over the terminal. It is cathartic. It is therapeutic. It is beautiful and inspiring, uplifting and rewarding. Its also really hard. Don't let me fool you with all the other romantic stuff. Sometimes you do it with your teeth gritting as if each word you type is a fingernail scraping slowly along a chalkboard (do they even make those anymore, btw?).

But, when you finish--and you will--you will have something you will love. Something you created. It makes you appreciate God, the ultimate creator, the grand author. If you have it in you, get it out. Trust me, it will just fester inside of you pointing its ugly finger at you telling you that you should have done it years ago. But, once you get the thing out, it is no longer the boss of you, no longer has one shred of guilt with which to hold you hostage.

That's my pep talk and I'm sticking to it.